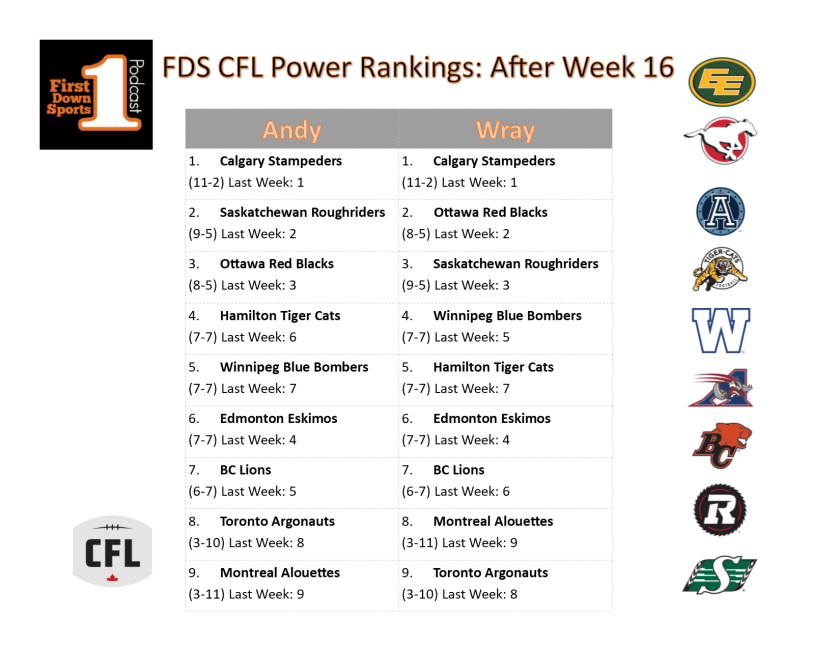 I keep saying week to week that Hamilton is a really good team they just keep forgetting that.  Last week we saw a good version of them that I think can be better still, so they jump up to 4 over the rest of the West. Winnipeg is now on a winning streak instead of a losing streak like Edmonton, so they get the listed ahead. The Lions are the opposite of the Tiger-Cats for me,  in that they show up some weeks and play way over their heads. They just keep finding their way pack to 7th place on my list.

The Bombers make a jump after dismantling the Eskimos 40 to 3!!! The only reason the Eskimos are ahead of the Lions is due to their record. I’m flipping Toronto and Montreal as I think the Als are building enough momentum for some wins. Now Edmonton fans don’t get mad at me but they have lost a couple big games of late and I have been harsh on Reilly in the past. If they don’t turn this around they are setting me up for an “I told you so“!!!