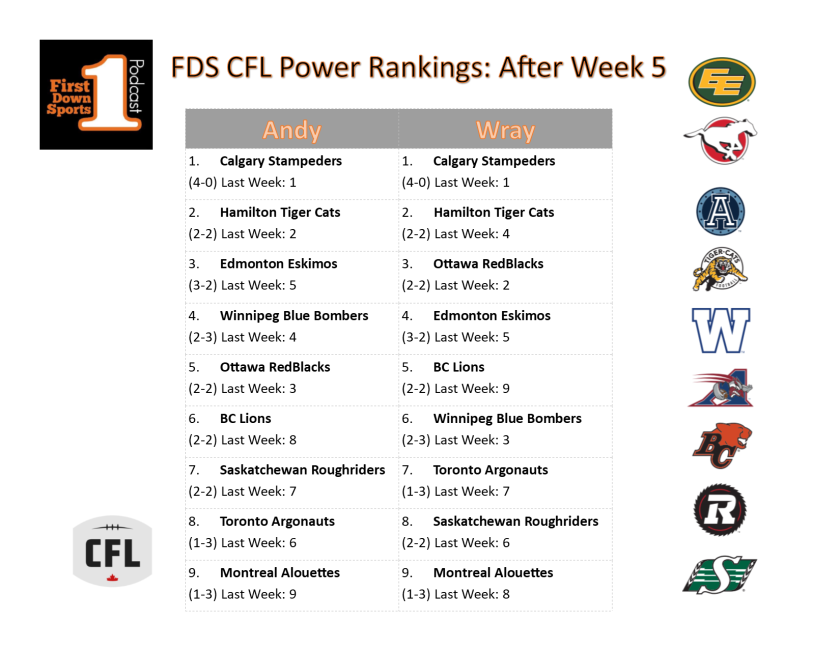 Calgary’s defence is unbelievable and that alone will keep them at the top of my ranks for weeks. Hamilton stays where they were during their bye week and I expect them to blow out the Riders at home to show that loss was just an off game. It’s hard to figure out Edmonton but at 3-2 I need to slot them ahead of Winnipeg and Ottawa(in that order because the RedBlacks looked absolutely awful) for now. The Lions jump up to 6 because of Travis Lulay, and Saskatchewan stays at 7 because I just don’t believe their offence or coaching in very good.

Calgary gets my vote because they are undefeated and they obviously have Ottawa’s number. Hamilton slides into 2nd simply because they were on a bye week and Ottawa took a beating again. The RedBlacks will hold 3rd spot as I do believe they are better than the rest of the pack. My biggest question about this league is WTF is going on? Edmonton, Winnipeg, Hamilton, and Ottawa are so friggin’ undependable!!! BC moves up the chain with a big win over Winnipeg and the bottom 3 could be in the top 5 the way things are trending!!